As the NFL gets into the grit and grind of the regular season, the focus shifts towards Super Bowl LI in downtown Houston. Don’t wait until prices skyrocket; secure your travel package to the most popular sporting event in the world, the Super Bowl, now!

Our travel packages feature luxurious stays at some of the top hotels in the area, a ticket to the Super Bowl, round-trip transportation to and from the stadium, and a ticket to our exclusive Players Tailgate at Super Bowl LI! 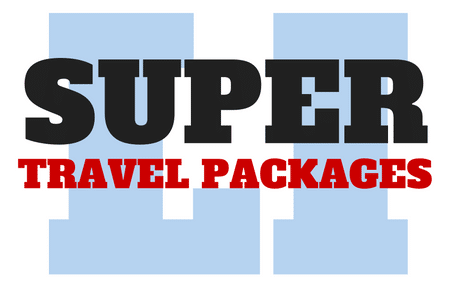 Located in the heart of the Houston Galleria area, just minutes from NRG Stadium and downtown Houston, the Westin Galleria is one of the most highly sought after hotels for Super Bowl LI in Houston. A connection to the Galleria shopping mall, which includes shopping, nightlife and many local attractions, makes The Westin Galleria a hotel unlike many other.

With over 40 world-class restaurants in the Galleria area, The Westin boasts a large array of dining choices. For those shopping fanatics, you can enjoy the close proximity of high-end fashion retailers such as Nordstrom, Saks Fifth Avenue and Macy’s

The Westin Galleria’s ‘West End Pub’ serves an enormous array of popular American and European beers and ales, sporting an English-style pub type setting. And the outdoor patio promises to be the spot of choice for Super Bowl LI fans to enjoy the warm Houston air.

Located just a couple miles from the Galleria mall, NRG Stadium and downtown Houston, the Doubletree Greenway is a premiere choice for all Super Bowl LI fans. The hotel boasts a complimentary shuttle service to and from the Galleria shopping mall, offering an array of world-class shopping and dining experiences.

Boasting a AAA Four-Diamond rating, the Doubletree Greenway is touted as one of the highest rated hotels in the worldwide Doubletree portfolio. Recently renovated, the hotel is one of the nicest hotels in not only the Galleria, but the greater Houston area. This hotel is sure to supply the luxury every Super Bowl fan is looking for.

With floor-to-ceiling windows that provide views of the downtown Houston skyline, NRG Stadium and the Galleria, enjoy some of the most breathtaking rooms in the city. All rooms feature plush furnishings and luxurious bathrooms with granite vanity installations. The Doubletree Greenway’s amenities include two full-service restaurants, the wildly popular “Rocks” bar, a 24-hour modern fitness center, full-service Starbucks baristas and a heated and luxurious outdoor swimming pool.

Experience the luxury of Hilton in the beauty of The Galleria in downtown Houston! The Hilton Houston Post Oak Hotel at The Galleria is the perfect destination for world-class accommodations during Super Bowl LI weekend!

With spacious and newly renovated rooms, a high-class lobby and accompanying restaurants and a complete fitness center, outfitted with the most modern equipment, the Hilton offers anything the Super Bowl fan could want!

Just steps from the prestigious Houston Galleria, the Hilton Houston Post Oak offers shuttle services to simplify your shopping experiences. Whether your grabbing a cocktail at The Brittany Bar or soaking up the warm Houston weather poolside, luxury is all around!

Book your travel package for a stay at the Hilton Houston Post Oak Galleria for Super Bowl LI weekend today!