The 2020 Players Tailgate at Super Bowl 54 in Miami 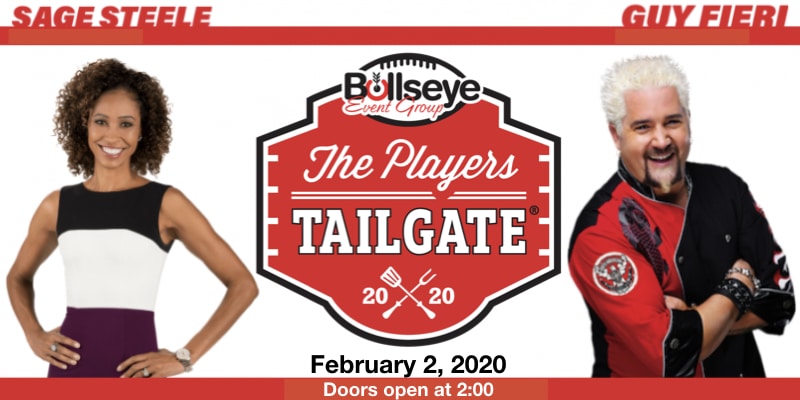 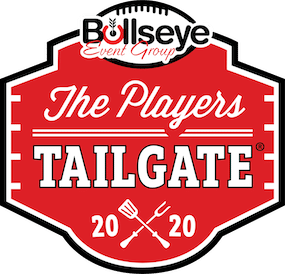 The 2020 Players Tailgate, hosted and presented by Bullseye Event Group, has earned the reputation as one of the best pre-game Super Bowl experiences anywhere, where over 30 active players, celebrities and guests eat, drink and are entertained before the big game. Best described as a culinary experience, the Players Tailgate features all-you-can-eat gourmet dining, premium open bars and one of the most exquisite menus of any event.

One of America’s most recognizable chefs, celebrity chef Guy Fieri, returns as host for the 2020 Players Tailgate, helping the top caterer in the country, chef Aaron May, create an incredible menu.

Get ready for the ultimate Super Bowl Party experience in Miami!

Guy Fieri, the most recognizable Chef in America, returns to bring his signature recipes and style as the headliner to an exclusive all-you-can-eat menu for The Players Tailgate attendees again in Miami for the 2020 Super Bowl. This is Guy’s fifth Players Tailgate (2016, 2017, 2018, 2019 and upcoming 2020) and each time he has upped the menu!

Guy Fieri can be seen on television almost every day on the Food Network. His shows include Diners, Drive-Ins and Dives, Guy’s Big Bite, Guy Off the Hook, Dinner: Impossible, Guy’s Grocery Games, Rachael vs. Guy: Celebrity Cook-Off, The Next Food Network Star, Ultimate Recipe Showdown, The Best Thing I Ever Ate and Minute to Win It, just to name a few. 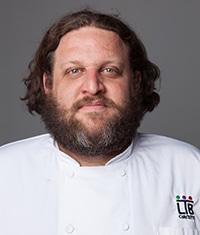 Chef May is classically trained in Paris at the Ecole Ritz Escoffier and is inducted into the Arizona Culinary Hall of Fame in 2010 as a “Chef Extraordinaire.” He has been featured on Food Network’s wildly popular Diners, Drive-Ins and Dives and TLC’s Best Food Ever. His fiercely loyal fan base has recognized him with many local awards, including “Best Tapas” and “Best Speakeasy,” and he has also garnered attention from national publications such as Food & Wine, Condé Nast Traveler, Sunset Magazine and USA Today.

A quick mind and a low threshold for boredom, which goes a long way toward explaining the restaurant empire he’s building. Given his passion for food and irrepressible creativity, is why he is considered one of the top caterers in America.

One of the most prime locations for Super Bowl 54 in Miami, the Players Tailgate features indoor pavilion and outdoor tailgating space with Hard Rock Stadium as the backdrop. 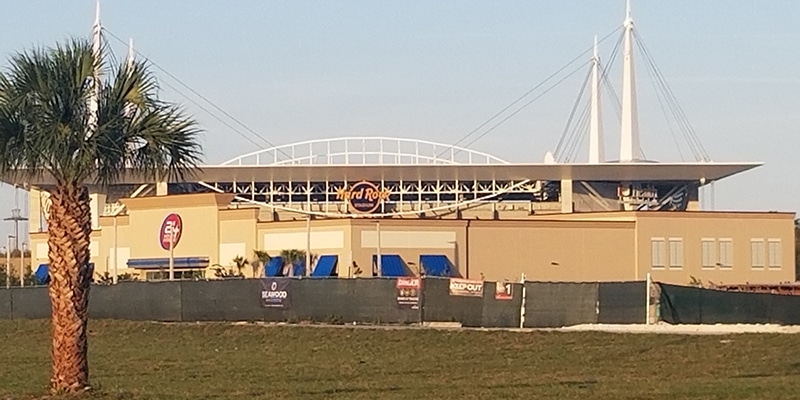 Located 4 blocks away from the security entrance, the glass paneled indoor/outdoor entertainment pavilion will have large LED’s inside and out throughout the venue.

The 2020 Players Tailgate features reserved VIP Cabanas for 6 or 12 people.

Antonia is our 1st female chef and has measured her success by her innate ability to understand her audience. She apprenticed under culinary legends and absorbed their sophisticated techniques. After rising quickly through the ranks at Wolfgang Puck’s Spago. Antonia has quickly become one of America’s most beloved chefs and is best known for her roles on Top Chef, CNBC’s Restaurant Startup, Cutthroat Kitchen, Iron Chef America, Best Thing I Ever Ate and most recently, Food Network’s Guys Grocery Games.

As one of Boston’s most notable chefs and restaurateurs, Chef Ken Oringer began his career in San Francisco @ acclaimed dining destination Silks in the Mandarin Oriental Hotel. Traveler magazine named Silks “one of the top twenty restaurants in America,” and raves followed in the Zagat Survey and Gourmet. Ken opened Clio in Boston within the first year, Clio was named “Best Newcomer of the Year” by Gourmet magazine and made John Mariani’s respected list of “America’s Best New Restaurants” in Esquire. The early success of Clio earned Ken a James Beard Award nomination for Best Chef Northeast four years in a row.Clio was named one of Gourmet magazine’s “Top 50 Restaurants in America.” 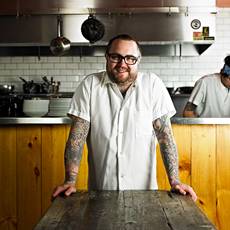 James Beard Award—winning chef and partner of Boston favorites Coppa, an Italian enoteca, Toro, the Little Donkey and Toro in New York City. Toro received rave reviews from outlets like The New York Times and New York Magazine. Jamie has taken the Toro concept and expanded it to Bangkok, Thailand. Bissonnette is a winner of the Cochon 555 nose-to-tail competition, was awarded the inaugural People’s Choice: Best New Chef award by Food & Wine magazine.

With 15 restaurants currently open worldwide in cities such as Las Vegas, Dubai, Toronto, Singapore, Beverly Hills, Seoul and another 12 restaurants set to open in the next 2 years in cities such as Paris, San Diego, San Francisco, Dallas , Saudi, Doha and Boston, Chef Akira Back has a global reach that is unmatched. Through his national and international locations, he has been able to bring diverse culinary influences acquired during his upbringing and through his global travels around the world through his illustrious 20-year culinary career.

It begins deep in the heart of Texas, where Burt Bakman, an Israeli immigrant, found his calling to be a pitmaster. A quick business trip to the Lone Star State instead turned into a chance exploration of barbecue at its source, fostering a lifelong obsession in him to perfect the craft. Not a man to settle for second-best, Bakman determined to become one of the “greats” at smoking meat.When you sit down at SLAB and taste the marbled brisket for the first time or strike up a conversation over a shared plate of food, you’ll know this experience has been worth the wait.

Three decades of quality service and impeccable culinary creations truly define Chef Scot Craig. As owner and executive chef of Katie’s Restaurant & Francesca Deli in New Orleans, he has enjoyed tremendous success and received much recognition in both local and national media. Katie’s won the Best Neighborhood restaurant several times and also twice received the Tops of the Town award. Chef Craig is routinely appears on The Food Network’s Diners, Drive­Ins and Dives and Local Flavor as well as Food Network Canada’s You Gotta Eat Here! and The Travel Channel’s Food Paradise. 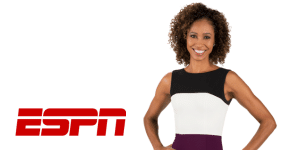 The 2020 Host is something we take great pride in selecting. When you have had Michael Strahan, Erin Andrews, Charissa Thompson, Lindsey Czarniak and Jaymee Sire as your previous hosts; these are big shoes to fill. Each year we take our time, to find an Emcee that is on top of their game and one we feel our Players Tailgate guests will respond to. This year’s 2020 selection is Sage Steele.

One of ESPN’s most popular and respected commentators and hosts, Sage Steele currently serves as anchor for the 6 p.m. SportsCenter with co-anchor Kevin Neghandi. Aside from SportsCenter hosting duties, Steele also serves as the lead anchor for “SportsCenter: On The Road,” on-site at some of the biggest sporting events in the world, including the NBA Finals, the Super Bowl, World Series, the Masters, the College Football National Championship and many more.

As the first professional sports franchise DJ in the United States, DJ Irie is the official DJ of some of the most iconic brands in the world, such as Carnival Cruise Lines, the Miami Heat, Target, Mountain Dew Kickstart, Evian, Jamie Foxx and more, making himself one of the most established DJ’s in the industry.

At the 2020 Players Tailgate at Super Bowl LIV, DJ Irie will be providing his world-class entertainment to help set the stage for the biggest and best pre-game tailgate in Miami before Super Bowl 54.

Artisan charcuterie and cheese board