Two new participants took to the field in Super Bowl XXV, a matchup between the New York Giants and Buffalo Bills. 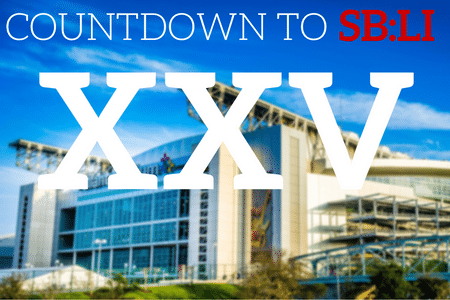 The New York Giants and Buffalo Bills played in Super Bowl XXV on January 27, 1991 in Tampa, Florida at Tampa Stadium. There were a total of 73,813 people in attendance. The National Anthem was sung by Whitney Houston and the halftime show was put on by New Kids on the Block. The Giants took home the trophy of the game with a final score of 20-19.

The Giants actually set an interesting record at Super Bowl XXV. The record consisted of having possession of the ball for 40 minutes and some 33 seconds. The MVP of the game was Ottis Anderson, running back for the Giants, who scored a touchdown and carried the ball 21 times for 102 yards. Ottis also was the recipient of the Pete Rozelle Trophy.

The cost of a 30 second commercial for Super Bowl XXV was $800,000! During this televised game by ABC, there were a total of 79.51 million viewers. The announcers for the game were Al Michaels, Frank Gifford, and Dan Dierdorf.