The Wild Card is a thing of beauty in the NFL, With 12 teams having punched their tickets into the postseason, the journey toward Super Bowl LI in Houston begins with Wild Card Weekend. A preview of what’s to come this weekend in the NFL. 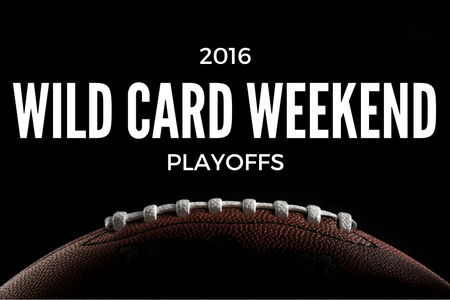 Once the trendy pick to reach Super Bowl LI for the AFC, the Oakland Raiders have gone from a potential Super Bowl contender to a struggling wild card team with just one moment: the injury of quarterback Derek Carr. Now, with backup QB Matt McGloin nursing an injured shoulder, the team looks to third-string QB Connor Cook Saturday against the Houston Texans.

Not to be outdone, Houston comes into the playoffs with a quarterbacking controversy of their own, choosing to start the $72 million man Brock Osweiler after benching him in favor of Tom Savage for two games.

Two of the hottest teams in the NFC face off on Saturday night, with the Detroit Lions, fresh off a heartbreaking division-loss to the Packers in Week 17, facing the Seattle Seahawks, a team playing well at the right time.

While the Seahawks are no strangers to playoff contention, the Detroit Lions will not only be facing unfamiliar territory in their postseason birth, but also a difficult task in taking on the Seahawks at home in front of thousands at Century Link Field. The Road to Super Bowl LI for the NFC more than likely goes through either Dallas or Atlanta, so the Seahawks will look to take advantage of their home field advantage while they can.

With potential matchups against the Patriots and/or Chiefs looming, the Steelers and Dolphins look to take that first step on the Road to Super Bowl LI.

In what is most likely the most-anticipated matchup of the NFL’s Wild Card Weekend, the red-hot Green Bay Packers will match up against the New York Giants, in a matchup of high-flying offenses.

Packers quarterback Aaron Rodgers and Giants QB Eli Manning will bring their high-powered offenses, featuring the likes of wide receivers Jordy Nelson and Odell Beckham Jr., respectively, to Lambeau Field on Sunday. With frigid temps and a chance of snow, this game has all the makings of an instant Lambeau classic.