The New Orleans Saints get their Super Bowl XLIV victory over the Indianapolis Colts in the latest installment of our Minneapolis 2018 Super Bowl Countdown. 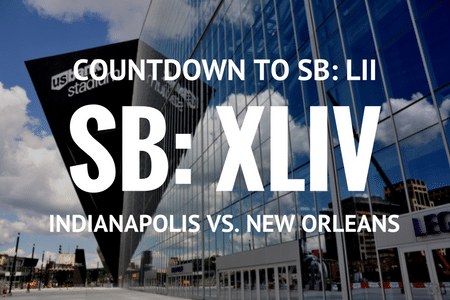