HBO’s Hard Knocks and the NFL

Home/Blog/HBO’s Hard Knocks and the NFL
Previous Next

HBO’s Hard Knocks and the NFL

The NFL and HBO team up once again for the 2016 season to bring “Hard Knocks” to TVs nationwide. The show, created in 2001, follows a designated NFL team during the training camp portions of the offseason, detailing practices, team meetings and even roster decisions, such as trade announcements or roster cuts. And in 2016, the series is headed to document the Los Angeles Rams’ first offseason after returning to LA. 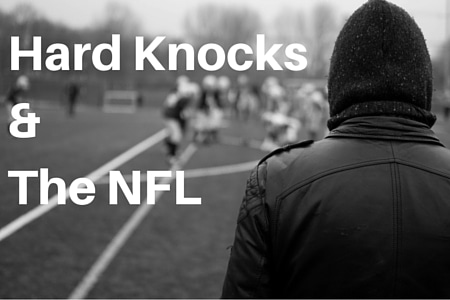 The Rams are returning to Los Angeles in 2016 after spending 20 years in St. Louis, MO, and are the subjects of this year’s controversial series. Bleacher Report examines why staying away from LA and HBO’s “Hard Knocks” could be beneficial for Robert Griffin III as he looks for a new home. (Update: Robert Griffin III has agreed in principle to sign with the Cleveland Browns.)

It has also surfaced that in 2014, the then-St. Louis Rams reportedly drafted the first openly-gay NFL player in Michael Sam as a “deal” with the NFL to get out of being featured in the 2014 version of the hit series. Rams head coach Jeff Fisher has since called those allegations “absurd.”

It remains to be seen whether or not the aforementioned allegations about Sam and the St. Louis Rams rings to be true. That said, the stigma surrounding HBO and the “Hard Knocks” series is undoubtedly one containing negative connotations, that makes for great TV.

Tune in to HBO in August for Hard Knocks: The 2016 Los Angeles Rams.