On January 28, 2001 Super Bowl XXXV was played between the Baltimore Ravens and the New York Giants. 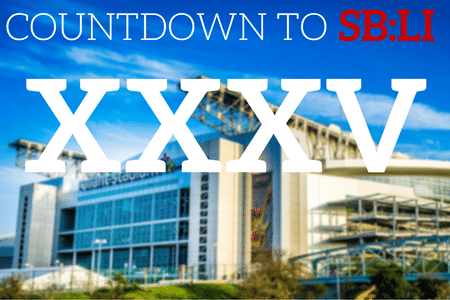 The Ravens took home the trophy with a final score of 34-7. The game was played in Tampa, Florida at Raymond James Stadium. There was a total number of 71,921 fans in attendance for this game.

The MVP of Super Bowl XXXV was Ray Lewis, linebacker for the Ravens. He was on fire during the game and made 3 solo tackles, blocked 4 passes, made 2 assists, and was the second linebacker to be named MVP. The Giants went down in Super Bowl history as one of the first teams to not score an offensive touchdown.

The game was aired on the CBS network and brought in a total 84.3 million views. The National Anthem was sung by the Backstreet Boys and halftime was brought to the crowd by Aerosmith. There were a ton of announcers for this game, Phil Simms and Greg Gumbel to name a few. The cost of a 30 second commercial for Super Bowl XXXV was $2.1 million, which is way more than any of the early Super Bowls ever cost.