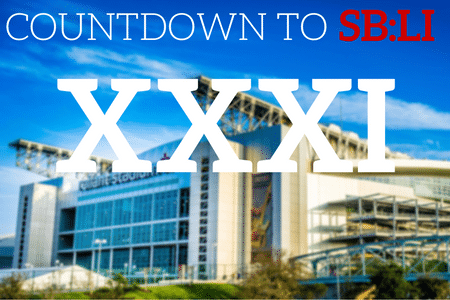 The Green Bay Packers and New England Patriots went head to head for Super Bowl XXXI. The final score was 35-21 with the Packers taking the lead. The game was played on January 26, 1997 in New Orleans, Louisiana at the Louisiana Super Dome. The referee of this historic game was Gerald Austin.

This game was unique because there had never been 24 1st quarter points scored in all of Super Bowl history. The Green Bay Packers then went on to score 17 more points during the second quarter. Desmond Howard took home the MVP award status for this game. Actually, Howard was the first “special teams” player to ever go on and win MVP status during the Super Bowl.

Pat Summerall and John Madden were again the announcers for Super Bowl XXXI. The cost of a 30 second commercial was around $1.2 million. There were a total of 87.87 million viewers who tuned into Super Bowl XXXI, which was aired on Fox. The halftime show was quite entertaining because The Blues Brothers, James Brown, and ZZ Top all made an appearance. Luther Vandross took the stage for the National anthem.