The NFL Super Bowl game is quite possibly the largest television event of the year, a status that will no doubt be kept firmly in place for 2013 XLVII in New Orleans. Like many traditional sporting events events, it’s rarely the actual game or race that makes it so memorable.

Unless you’re a huge football fan, this probably isn’t the case. It’s been months since the 2012 Super Bowl actually happened, and what we’re going to talk about today is not the NFL championship game that was played, but about five of the best and most memorable ads that ran during the commercial breaks.

1. Chrysler – Halftime in America (Video Below)

These days, people tend to remember Clint Eastwood as the old guy who had a conversation with an empty chair at the Republican National Convention. It’s sad that people’s attention spans are really that short, because Eastwood has always been and remains a commanding screen presence, even when we can only hear his voice. This ad is similar to the Chrysler’s ad from the previous year featuring Eminem, but the message it conveys just carries so much more weight thanks to Eastwood’s narration. Our economy was in dire straits when this ad aired, but Eastwood encourages us to be hopeful. It’s simpler than most of the other Super Bowl commercials, but in many ways it’s far more effective.

This is a perfect example of how someone can take a cheap gag and make it work by taking it over the top. A smart, no nonsense female M&M tries to be taken seriously at a party, but thanks to her brown shell she looks naked (not having a colorful candy shell is the M&M equivalent of nudity). Just when her exasperation is at its peak, in comes the familiar red M&M. He’s thrilled that he’s at one of “those” parties, and immediately strips his shell. Stupid? Yes, but only at first. It crosses the line into clever as soon as LMFAO’s hit song “Sexy and I Know It” starts playing and makes for a memorable commercial.

We’re not sure of the name for this ad, so it will be henceforth known as “The one where John Stamos takes a headbutt for playfully teasing a girl with Oikos Greek Yogurt.” What starts as a cliche “sexy” food ad takes a turn for the comic when Stamos’s ladyfriend decides she has enough and just wants some yogurt. Seeing the guy get dropped with a headbutt is funny enough, but what really sells this ad is his exaggerated reaction to a possible second attack at the end.

Pugs are cute and funny, so somebody decided that a Super Bowl commercial featuring a racing pug in running shoes would be memorable. It turns out that somebody was right. Part of the reason why this commercial works is because Mr. Quiggly the racing pug is just that adorable. The other part is his moonwalk over the finish line while Tone Loc’s “Wild Thing” is playing. It’s just too hard not to smile at this ad.

This one is kind of a strange choice. The idea of a smaller head growing out of someone’s back should be creepy and off-putting, and this commercial could’ve headed in that direction. What saves it and makes it funny is the confident tiny head singing about wanting a new car. It’s tough to explain why it’s so funny; it’s something that should be seen (and heard) for the full effect. These are just five of the more memorable commercials that aired during thte 2012 Super Bowl. It’s a subjective list to be sure, and we probably left out some people’s favorites, but there can be no denying that these are all memorable advertisements. It’s too early to guess what’s going to happen in the 2013 Super Bowl, but we can at least look forward to a new batch of funny and memorable commercials. 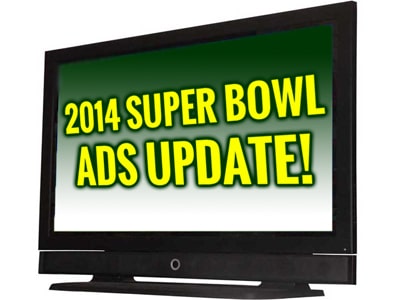 One of the most memorable events for a Super Bowl commercial in 2012 was Rob Dyrdek, kick flipping the new Read more