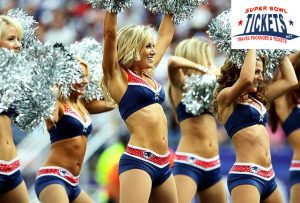 Well, we’ve barely caught our breath from watching the Baltimore Ravens hoist the Vince Lombardi trophy as the 2013 Super Bowl champions before the odds for the 2014 Super Bowl are upon us. So long New Orleans, hello East Rutherford, New Jersey.

The 2014 Super Bowl, played outside in a cold weather environment for the first time, is scheduled for Sunday, February 2 unless Mother Nature says otherwise. The NFL is looking at contingency plans such as playing the game on Saturday or another day of the week if weather becomes a factor.  Nevertheless, Vegas odds-makers have already looked into their crystal balls and given us their odds for our favorite teams to win the big game.

Who are the Favorites to Win this Years Lombardi Trophy?

The favorites to win in 2014 are the New England Patriots at 7-1, followed by this season’s runners-up the San Francisco 49’ers at 8-1. If this holds true, Bill Belichick and Jim Harbaugh will get to face off against one another as so many thought they would this past season. The Denver Broncos, led by Peyton Manning are also at 8-1 followed by Aaron Rodgers and the Green Bay Packers at 10-1. Next at odds of 14-1 are the AFC South champs Houston Texans and the defending Super Bowl champion Baltimore Ravens. The Ravens don’t seem to be getting as much respect as previous champs despite the elevation of Super Bowl MVP QB Joe Flacco to elite status.

The Seattle Seahawks are next at 16-1, while the trio of the Atlanta Falcons, New Orleans Saints and Pittsburgh Steelers are 18-1. The Saints, coming off Bountygate with head coach Sean Payton returning to the sideline, will be an interesting team to follow. Atlanta, after coming so close to making the Super Bowl, will also be fun to follow with QB Matt Ryan eager to take the next step to Super Bowl champion.

The New York Giants are at 20-1, which might make them a team to watch since they usually win a Super Bowl when nobody expects them to. Next at 30-1 are the Washington Redskins, Dallas Cowboys and Chicago Bears. 30-1 odds won’t make Jerry Jones a very happy owner. The Cincinnati Bengals are 35-1, followed at 40-1 by the Detroit Lions, Minnesota Vikings, Indianapolis Colts and San Diego Chargers. The Vikings and Colts aren’t getting much respect from Vegas being lumped in with the Lions and Chargers, who had miserable 2013 seasons.

Now we’re getting into the real long shots. At 50-1 odds are the Philadelphia Eagles, Carolina Panthers, New York Jets, Miami Dolphins, St. Louis Rams and Kansas City Chiefs. Andy Reid, going to Kansas City from Philadelphia, finds his old team with no better odds than his new team. At 60-1 are the Tampa Bay Buccaneers, followed by the Cleveland Browns at 66-1. Cleveland fans will apparently still be waiting for a championship in 2014.

We’ve now reached the longest of the long shots, those at 100-1 or higher. Teams with odds of 100-1 to win the 2014 Super Bowl are the Arizona Cardinals, Buffalo Bills and Tennessee Titans. Finally, if you’re willing to go to Vegas and have a few dollars you don’t mind losing, you can put down a bet on the Oakland Raiders and the Jacksonville Jaguars. These two teams are the longest of the long shots at 150-1. Some fans of these two teams would consider those odds too low.

So while football fans wait for the April draft, the Hall of Fame ceremonies and pre-season games, they can look through these odds and hope their team can turn it around in 2014 and be the last one standing on the field in New Jersey holding the Lombardi trophy. Until the regular season, every fan can believe next year will be their team’s year.