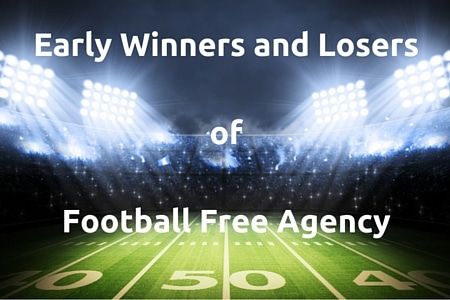 We are just under one week into the NFL’s 2016 Free Agency period, and already the big winners and losers have emerged. And while free agents don’t win championships, the right pieces definitely help. Here are this year’s winners and losers so far in free agency.

As the Jaguars chase both the Indianapolis Colts and Houston Texans in the AFC South, it’s clear Jacksonville has a goal to win the division now, instead of later.

Along with the Jaguars, the Texans look to not only purchase these upgrades, but create a base of consistency within the organization at the quarterback and running back position, following a constant carousel of players at QB and the oft-sidelining of RBs.

Not often does a Super Bowl champion head into an offseason with so much uncertainty. But that is where the Denver Broncos find themselves heading into the 2016-17 regular season.

Two-time Super Bowl champion quarterback Peyton Manning has ridden off into retirement. The promising backup, Brock Osweiler, bolted for the aforementioned Houston Texans. Linebacker Danny Trevathan signed with the Chicago Bears, and as previously mentioned, defensive lineman Malik Jackson left for Jacksonville. Running back C.J. Anderson’s status with the team is also in question, as the restricted free agent has reportedly received offers from both the Miami Dolphins and Chicago Bears.

Although trading for quarterback Mark Sanchez from the Philadelphia Eagles, it remains to be seen what Denver’s plans for the quarterback position are clearly. Rumored interest in San Francisco 49ers QB Colin Kaepernick has surfaced, but Denver isn’t the only team inquiring about the quarterback’s talents.

This doesn’t necessarily spell disaster for the Broncos, as they were able to keep a large part of their talented defense in tact. But uncertainty at the quarterback position is what kills teams in a league that thrives on passing.

If you’re missing football, fear not, because we’ve got a Super Bowl Fan Guide full of season recaps, the 2016 Players Tailgate from San Francisco, Super Bowl 50 review and more! 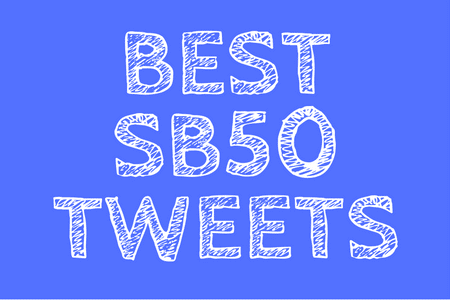 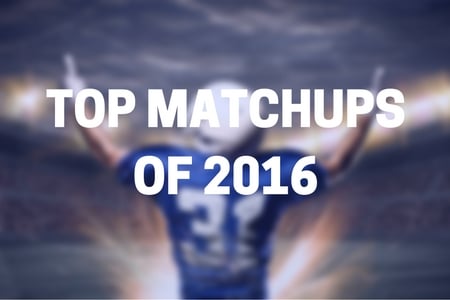