On January 28, 1990 the San Francisco 49ers and the Denver Broncos gathered to play Super Bowl XXIV. The game was played in New Orleans, Louisiana at the Louisiana Super Dome. The final score of the game was 55-10 with the 49ers taking home the win. There were a total of 72, 919 people in attendance for Super Bowl XXIV.

Super Bowl XXIV was aired on the CBS network this go around and a 30 second commercial could cost a company around $700,000. There were a total of 73.85 million viewers tuning in to watch this game. Aaron Neville sang the National Anthem and Pete Fountain led the halftime show. Pat Summerall and John Madden were once again announcers for the Super Bowl in 1990.

MVP of Super Bowl XXIV was Joe Montana, quarterback for the 49ers. This was actually his third award given in the history of the Super Bowl. Montana had a completion history of 75.9%, which also helped him win MVP. Montana is also known for winning the AP Most Valuable Player Award. In fact, he was the first the 3rd person in history to win both awards during the same football season. 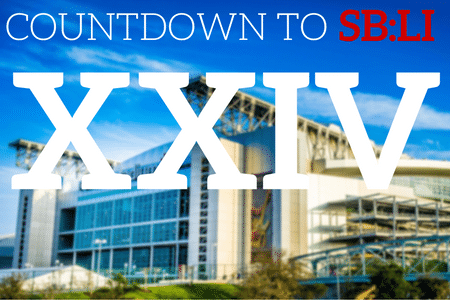 Playing in their second straight Super Bowl, quarterback Joe Montana and the San Francisco 49ers would face off against the Read more