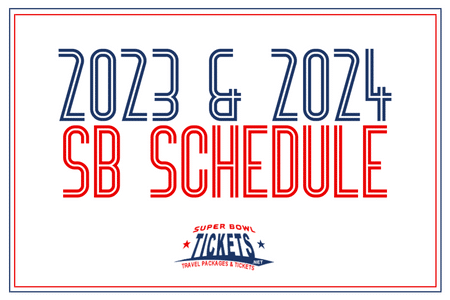 With the NFL’s summer owner meetings officially concluding, and plenty of controversial rule changes, ownership changes and more being announced, we also now know the location of the Super Bowl for the 2023 and 2024 NFL seasons.

Another One for the Desert

Last hosted in 2015, the Super Bowl will return to University of Phoenix Stadium for its second go around in Glendale, Arizona. Super Bowl LVII in 2023 will be hosted at the home of the Arizona Cardinals for the third time in league history, twice in Glendale and once before in Tempe.

Back to New Orleans

The Super Bowl heads back to the Crescent City in 2024, where the Mercedes-Benz Superdome (previously the Louisiana Superdome) will host its eighth Super Bowl, the most of any venue in the country. Super Bowl LVIII will be New Orleans’ 11th overall Super Bowl, with three past Super Bowls being plated at Tulane Stadium in the 1970s.