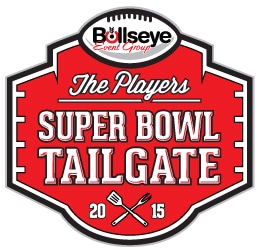 If you’ve ever attended a Players Super Bowl Tailgate, you know that the food is one of the most exceptional parts of the event. The chefs that are asked to come and cook for you are not ordinary chefs, they are extraordinary. This year’s Players Super Bowl Tailgate is bringing two very experienced chefs to town. Let’s introduce you to our top chefs for this year’s tailgate.

“Renowned Food Network celebrity chef and Iron Chef America winner who famously defeated Bobby Flay, Sanctuary’s Executive Chef Beau MacMillan inspires his staff with his passion for fresh ingredients. MacMillan’s innovation has brought his restaurant Elements at the Sanctuary Resort national recognition and acclaim. He has had five appearances on NBC’s “Today Show,” and his Food Network show, “Worst Cooks in America”, and “Best Things I Ever Ate” make Beau one of the most decorated Chefs in Phoenix.”

“The restaurateur behind a stable of Paradise Valley restaurants including Over Easy, 18 Degrees, The Lodge and Mabel’s on Main. In 2010, Aaron May was inducted into the Arizona Culinary Hall of Fame as “Chef Extraordinaire.” His restaurants have appeared on the Food Network’s “Diners, Drive-Ins and Dives” and The Learning Channel’s “Best Food Ever,” as well as earning a fiercely loyal fan base and many local awards, including “Best Tapas,” and “Best Speakeasy.” May has also garnered attention from national publications.”

What’s the Menu Like? Let’s take a look at this year’s 2015 Players Tailgate Menu!

We hope you will join us for a line-up of amazing chefs and incredible foods at this year’s Players Super Bowl Tailgate.