Played in front of 73,302 people at San Diego’s Jack Murphy Stadium, the Washington Redskins would defeat the two-time AFC champion Denver Broncos in Super Bowl XXII with a score of 42-10. 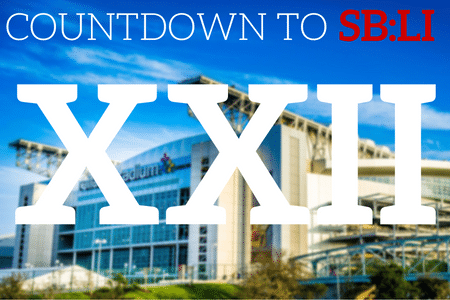 By this time, the Redskins were making their 4th appearance at Super Bowl. Redskins quarterback Doug Williams was the MVP of Super Bowl XXII, despite entering the season as a backup. The Redskins scored a shocking 35 points during the second quarter alone. During the Super Bowl, Williams was recorded 18 out of 29 passes, which made for a record 340 yards, four touchdowns and one interception.

The cost of a 30 second commercial in 1988 at Super Bowl XXII rose $645,000. Halftime included Chubby Checker and The Rockettes, which made for a very interesting show. The National Anthem was sung by Herb Alpert and the Super Bowl was aired on ABC’s network. The announcers were a little different this year with it being Al Michaels, Frank Gifford, and Dan Dierdorf. However, there were still around 80.14 million viewers this time around.