Super Bowl XLII was quite the game played on February 3, 2008, played between the New England Patriots and the New York Giants. 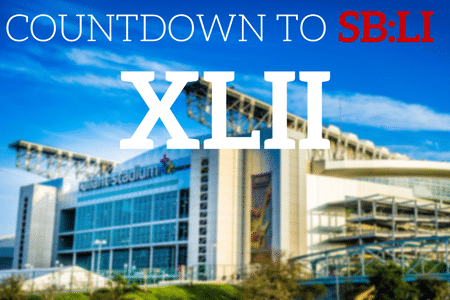 The final score of the game was 17-14, with the Giants leading. The game was played in Glendale, Arizona at the University of Phoenix Stadium. A whopping 71,101 people were in attendance for this game.

Eli Manning, quarterback for the Giants was the MVP of Super Bowl XLII. He completed 19 of 34 passes for 255 yards and 2 touchdowns. He also had one interception during the game. Apparently, this game was one of the biggest upsets in sports history. This was due to the fact the Patriots entered the game with a perfect season and didn’t take home the trophy! The Giants really gave it their all, especially during the fourth quarter.

Jordin Sparks was the star who sang the National Anthem during Super Bowl XLII. The game was played on Fox Network and had a total of 97.5 viewers. The cost of a 30 second commercial was $2.7 million, which had even gone up since the year before! Tom Petty and The Heartbreakers were the halftime show entertainment for Super Bowl XLII.