The Pittsburgh Steelers would win the first of their Super Bowls in 1975 against the Minnesota Vikings. The countdown to Super Bowl LI in Houston rolls on with Super Bowl IX. 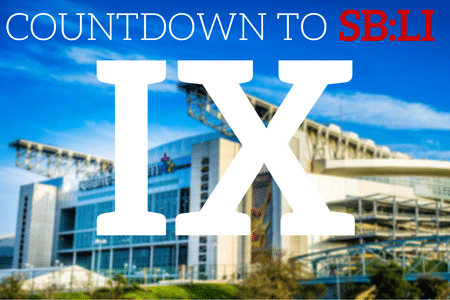 Nearly 81,000 people attended Super Bowl IX on January 12, 1975, a matchup between the Pittsburgh Steelers and the Minnesota Vikings, who were in the Super Bowl for the second straight year. Super Bowl IX was once again played at Tulane Stadium in New Orleans, Louisiana.

The Steelers would go on to dominate Super Bowl IX, with the Vikings only scoring as a result of a blocked punt. Pittsburgh would also be without some of their best players, with linebackers Andy Russell and Jack Lambert not playing in the Super Bowl due to injuries. The Super Bowl IX MVP was running back Franco Harris, who recorded 158 yards and a touchdown on the ground.

The halftime show of Super Bowl IX was none other than Mercer Ellington and the Grambling State University band, a tribute to Duke Ellington. The game was broadcasted on the NBC network and the announcers of the game were Curt Gowdy, Al DeRogatis, Don Meredith and Charlie Jones.