The road to Super Bowl LI continues with the first Super Bowl to ever bear the title! 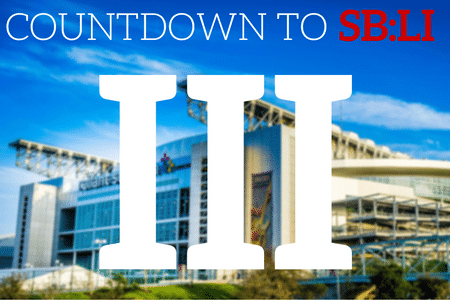 Super Bowl III was the first to officially wear the ‘Super Bowl’ name tag. This historic game was played on January 12, 1969 in Miami, Florida at the Miami Orange Bowl Stadium. Attendance at Super Bowl III continued the rising trend, sporting a whopping 75,389 people.

This game might have had a low score between both opponents, but it was still an exciting game. The New York Jets played the Baltimore Colts. Ironically, many people still thought AFL teams were way less talented than any NFL team out there. However, the New York Jets were an AFL team that brought home the trophy during Super Bowl III.

It is often rumored that Jets quarterback Joe Namath told fans 3 days before the big game that he “guaranteed a victory.” Namath went on to complete 17 out of 28 passes for 206 yards. Later, Namath was also named the MVP of the Super Bowl III game.

Finally, Super Bowl III brought on some entertainment that was not a college band. Bob Hope led a program that honored the Apollo Astronauts and the Florida A&M University band did its thing. Unfortunately, the Jets and Colts would not pay in the Super Bowl again due to changes in the AFL-NFL merger of 1970.