One of the most exciting offenses of the 2018 NFL season, the Kansas City Chiefs found themselves at the top of their respective conference, yet falling short of their ultimate goal, the Super Bowl. However, in 1970, the two would face off in a head-to-head matchup in Super Bowl IV. 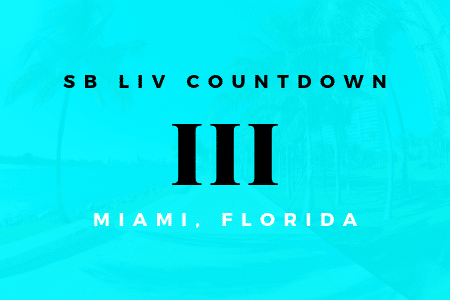 In the fourth installment of the Super Bowl, the Minnesota Vikings and Kansas City Chiefs squared off in what would go on to become an unforgettable Super Bowl matchup. Played for the first time (of many) in New Orleans, Louisiana at Tulane Stadium, a very rainy yet exciting Super Bowl would take place in front of nearly 81,000 fans from all over the country, once again marking the largest Super Bowl crowd in history, a nearly 6,000 increase in attendance from Super Bowl III.

Most experts went into this game predicting a victory by the NFL side of the Super Bowl, however the AFL would once again go on to surprise, as the Kansas City Chiefs would capture their first Super Bowl victory, 23-7 over the Vikings. Kansas City’s stifling defense held the Vikings to just 67 total rushing yards in the entire game, and quarterback Len Dawson would be named Super Bowl MVP, completing 12 of his 17 pass attempts for 142 yards and one touchdown.

Super Bowl IV would also mark a monumental and very different time for the Super Bowl halftime show, with actress and singer Carol Channingtaking center stage. Normally, a band from a university or college would perform the halftime duties. The announcers for Super Bowl IV were Jack Buck(father of FOX Sports staple Joe Buck) and legendary broadcaster Pat Summerall, which made for an attention-grabbing Super Bowl broadcast.