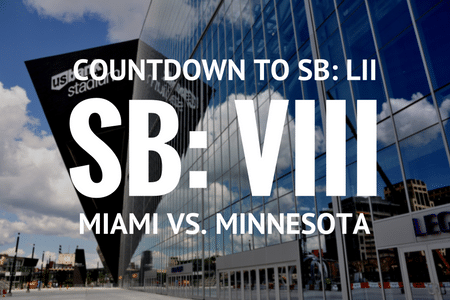 Just under two weeks until we kick off the road to Super Bowl LII in Minneapolis, we’re looking back at Super Bowl VIII between the Miami Dolphins (again) and the Minnesota Vikings.