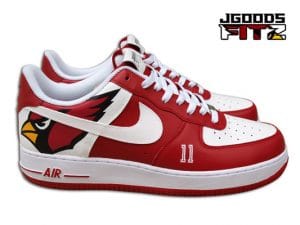 Week 2 featured several surprise teams beating heavy favorites on the road, if this is any indication of the year to come in the NFL, we are in for an amazing season.  Lets take a closer look at the Top 5 upsets of week 2 in the NFL from Sunday September 16, 2012.

#2 Biggest Loss – Seattle Seahawks 27 over the Dallas Cowboys 7.   Tony Romo threw 1 interception and the Cowboys lost one fumble, all in all, they got beat up by the Pete Carroll’s team effort.

#3 Surprise of Week 2 –  St Louis Rams 31 over the Washington Redskins 28.  Lot’s of crazy stuff happened in this game but a dropped deep pass and an end of game penalty contributed to the big loss.

#4 Week 2 Upset –  Carolina Panthers 35 over the New Orleans Saints 27.  Cam Newton took over the show with a combination of runs and passes to lead his team to vistory.

#5 Crazy Games – All three of these games were minor head scratches, the first one is the Philadelphia Eagles 24 over the Baltimore Ravens 23 with a Michael Vick touchdown under 2 minutes remaining in the game.  How about Miami Dolphins 35 over the Oakland Raiders 13, Miami dominated in all areas of the game.  The third shocker was the Indianapolis Colts over the Minnesota Vikings, Andrew Luck’s first NFL win, these games sum up our second week in the NFL, below are the scores for every game expect the Monday night game.