The birth of a dynasty on the road to Super Bowl 53 in Atlanta in 2019, as the New England Patriots make their third appearance in four years in Super Bowl XXXIX. 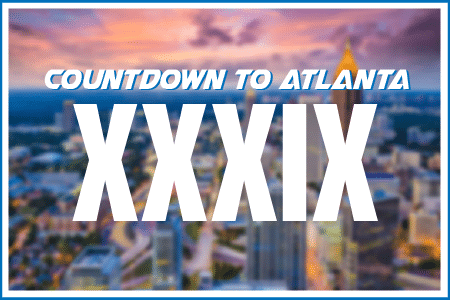 The New England Patriots and the Philadelphia Eagles played Super Bowl XXXIX with an ending score of 24-21. This game was played on February 6, 2005, in Jacksonville, Florida at Alltel Stadium. The head referee of the game was Terry McAulay and the combined attendance for the game was 78,125 people.

Deion Branch, wide receiver for the Patriots, was MVP of Super Bowl XXXIX. He recorded a total of 133 receiving yards and was able to tie the game with his 11th catch, leading to a game-winning field goal. Deion set many records during this Super Bowl, however, one was for setting the record for the most combined receptions over the course of two Super Bowls.

Paul McCartney was brought on board to complete the halftime show this year, looking to avoid a disaster like the previous year. The National Anthem was completed by a mixture of choirs by the Armed Forces. During Super Bowl XXXIX, a total of 86 million viewers tuned in. The cost of a 30 second commercial was $2.4 million and this particular Super Bowl aired on Fox Network.