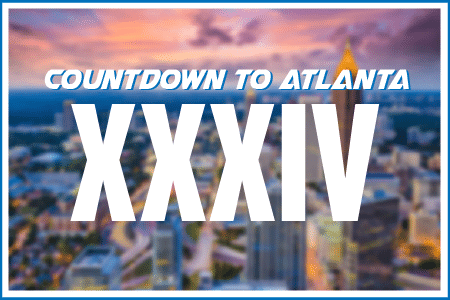 Continuing on the Road to Super Bowl 53 in Atlanta in 2019, the St. Louis Rams and Tennessee Titans squared off in Super Bowl XXXIV.

This was the Rams’ second Super Bowl appearance in franchise history, an unforgettable game in many ways. The Rams would walk away in a nail biter at the final moments, a 23-16 victory in front of the 72,625 fans in attendance for Super Bowl XXXIV.

The game was held in Atlanta, Georgia at the Georgia Super Dome. The first half of the game was all about defense. Kurt Warner was the quarterback who won MVP of the Super Bowl in 2000. Finally, Warner completed 24 out of 25 passes for 414 yards and 2 touchdowns. These are the moves that helped him get established as MVP for this Super Bowl.

There were a total of 88.5 million people watching Super Bowl XXXIV this year. The cost of a commercial airing on ABC’s network in 2000, during the Super Bowl, was a whopping $1.1 million. The major halftime show was Phil Collins, Christina Aguilera, and even Enrique Iglesias. The announcers for this game were Al Michaels and Boomer Esiason.