Finally, everybody’s favorite division to talk about; the NFC East. Here is what the path to Super Bowl LI in Houston looks like for the four teams. 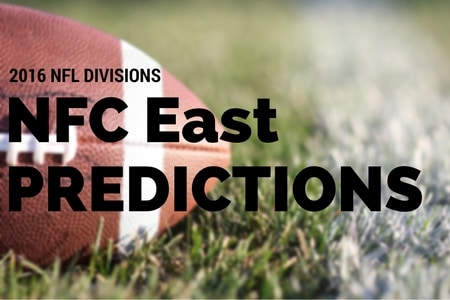 The Washington Redskins have found their quarterback in Kirk Cousins, choosing to release former #2 pick Robert Griffin III in the offseason and supplanting their faith in Cousins. The Redskins also bolstered their defense in signing pro-bowl cornerback and former NFC Champion Josh Norman after the Carolina Panthers revoked his franchise tag in late April.

The Philadelphia Eagles find themselves in the middle of a quarterback crisis, after signing Sam Bradford to an extended deal and drafting rookie Carson Wentz #2 overall. Bradford, who had previously stated he would hold out for a trade, eventually dropped the trade demand and returned to team activities. The Eagles also traded running back Demarco Murray to the Tennessee Titans.

And then, the disaster that is the Dallas Cowboys. The team cut controversial defensive end Greg Hardy, and look forward to the return of quarterback Tony Romo following yet another season-ending collarbone injury. The team added some serious depth to the backfield, signing running back Alfred Morris from Washington and drafting Ohio State running back Ezekiel Elliott #4 overall.

Prediction: Redskins take the division, but bigger turn around goes to the Dallas Cowboys, who make a push for the playoffs.