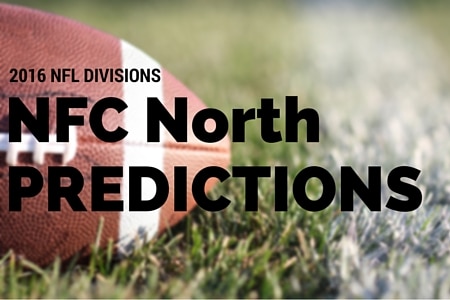 The NFC North is in the midst of experiencing a turnover. Let’s take a look at the four teams’ road to Super Bowl LI in Houston.

The Minnesota Vikings have experienced exponential growth under head coach Mike Zimmer, and with the offensive core of quarterback Teddy Bridgewater and running back Adrain Peterson returning, a strong 2016 NFL Draft class and the momentum of opening a gorgeous new stadium, the Vikings appear to be on par to challenge the Green Bay Packers once again for the division.

The Green Bay Packers were plagued by injuries in 2015, most notably losing wide receiver Jordy Nelson to a knee injury before the season even started. How Nelson looks in his return to action remains to be seen, but with a slimmed down Eddie Lacy returning in the backfield, and with Aaron Rodgers under center, never count the Packers out.

The Detroit Lions suffered their biggest loss of the 2015-16 season in the offseason, losing surefire hall-of-fame wide receiver Calvin Johnson to an early retirement, by NFL standards. The receiver called it quits, leaving QB Matt Stafford with no real threat to target in the red zone.

The Chicago Bears hope that the team can experience a much improved record in head coach John Fox’s second year at the helm. The team will finally welcome 2015 rookie Kevin White at WR after missing the entire season with an injury, and the team has worked to bolster the defense in the offseason.

Prediction; it’s a two-horse race, with the Packers taking the division from the Vikings in 2016.