SuperBowlTickets.net understands you’ve hit that offseason lull. That’s why, once a week, we will be previewing the NFL’s 2016 regular season for each individual division. 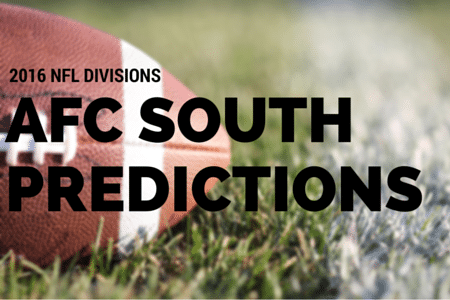 Although the Indianapolis Colts have generally been the perennial favorites in the AFC South, the road to Super Bowl 51 in Houston looks much tougher in 2016.

Following a carousel of quarterbacks following Andrew Luck’s tumultuous 2015 campaign, the Indianapolis Colts will regain the QB at full strength, boasting a newly revamped offensive line, a young and talented receiving corps, and a defense that showed glimmers of hope in 2016. All complimented by a completely renovated coaching staff beneath head coach Chuck Pagano.

The Houston Texans, the 2015 victors of the division, might have finally found their franchise quarterback after spending nearly 15 years searching in Brock Osweiler. The Texans didn’t stop there, however. Houston landed running back Lamar Miller to replace the oft-injured and now-released Arian Foster, and drafted receiver Will Fuller out of Notre Dame and playmaker Braxton Miller out of Ohio State.

The Jacksonville Jaguars also bolstered their defense in the offseason. Head coach Gus Bradley, who was arguably one of the most improved coaches in the NFL last season, will head into the season with a very different defense. Rookies Jalen Ramsey (CB), Myles Jack (LB), and Sheldon Day (DT) add to a defense that already saw the addition of veterans like cornerback Prince Amukamara, among others.

And the Tennessee Titans, with the worst record in the 2015 regular season, also got much better, adding several key veterans such as pro-bowl running back Demarco Murray, formerly of the Dallas Cowboys and Philadelphia Eagles.

Prediction? The Colts return to form and begin a new streak of AFC South dominance, so long as Luck stays healthy.