The NFC West, much like the other divisions, seems to be a two-horse race. Here are the main contenders on the divisions road to Super Bowl LI in Houston. 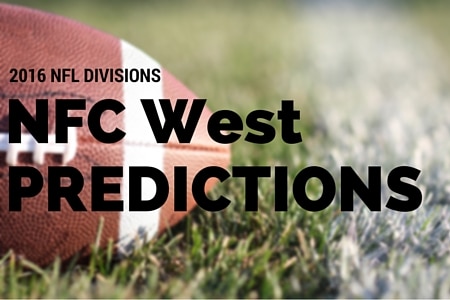 The Arizona Cardinals were the surprise of the 2015 regular season, finishing 13-3 under third-year head coach Bruce Arians and a finally healthy Carson Palmer. The Cardinals did not make any big splashes in the offseason, however, they did get a steal in the NFL Draft in Mississippi’s Robert Nkemdiche on the defensive front.

The Seattle Seahawks experienced a regression in 2015, and with some of the offseason departures, the team will be sporting a new look in 2016. Running back Marshawn Lynch rode off into retirement and the young wide receiver Ricardo Lockette was forced into retirement due to injury.

The newly relocated Los Angeles Rams finished their final season in St. Louis at a familiar 7-9 in 2015. However, the Rams traded a king’s ransom in draft picks to move up to #1 in the 2016 NFL Draft, selecting quarterback Jared Goff out of California. The Rams are looking to finally build around a young quarterback after the disappointing and injury-riddled career of Sam Bradford.

The San Francisco 49ers can be described with one word: mess. After firing head coach Jim Tomsula after just one year at the helm, the 49ers hired controversial former Eagles head coach Chip Kelly. Following an offseason that saw many trade discussions and rumors involving quarterback Colin Kaepernick, and uncertainty at the QB position.

Prediction; a two-horse race between the Cardinals and Seahawks, with a much improved LA Rams team fighting for a glimmer of hope. The 49ers sit alone at the bottom of the conference, let alone the division.